I am MediocreMan™, just an average guy with a blog. Join me as I muse about life. Read a new Musing every week with special Musings every now and then.

For information about republishing content, syndication, public appearances, obtaining a media kit, or anything else, please contact me.

My Books on Amazon

As an Amazon Associate I earn from qualifying purchases. 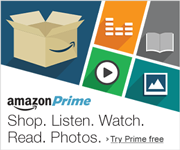 As I think about the graduated class of 2022, I really need to tell my group of throwers that I will miss them.

Throwers are a special group of athletes in the T&F world. They launch big rocks, hurl shiny disks, and chuck long spears. I let them know in no uncertain terms that the implements they are throwing used to be and could still be used as implements of warfare. So they need to take throwing seriously for the sake of their fellow competitors. And they do. They make sure that they and those who wander into our area are being safe.

The group of graduated throwers are a special group. I did tell them in person that I would miss them when they leave. I might have even told them why I will miss them. But I wanted to elaborate in print. Rather in digital form.

I will miss the (former) senior throwers because they were great leaders and teachers. They helped out the younger throwers. They taught them how to throw and how to lead. They led by example in their work ethic. They worked to develop bonds of friendship and camaraderie. As a result, the whole group of throwers had a great time this season.

I will miss the (former) senior throwers because they understood that time was short. They understood that most of them would not step into a ring or onto a runway after the season was over. Oh sure, they might coach one day (even though only one of them has professed that desire, but not necessarily for T&F), but their competing days are over. At least for now. At least for most of them. And that realization of their time drawing to a close helped them to help others cherish the time at practice and at meets.

(Their realization of how precious time is was probably the result of their history. After all, they had only two full seasons of T&F, their freshman and senior seasons. Their sophomore season was just two weeks of practice, and their junior season was five or six weeks of competition. Time is precious indeed.)

Perhaps the thing that made the (former) seniors so special was that they cared about each other and their teammates. They wanted each member of the throwing squad (and indeed the whole T&F team) to succeed. Even if that success was at their own personal expense. They cheered with the younger athletes at their successes. They cried with those same athletes when they had a bad day.

Commenting is closed for this article.